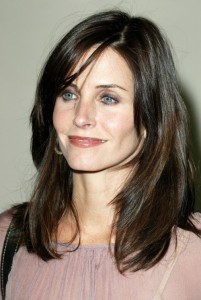 Jennifer Aniston, Lisa Kudrow and Courtney Cox ate a salad at lunch every day for the ten years in which they starred on the hit TV sitcom Friends, it has been revealed.

This could explain how the three actresses managed to maintain their slim figures and always look in top-notch condition.

In an interview with the Los Angeles Times, Courtney said that the trio ate the same Cobb salad every day.

“It was a Cobb salad that Jennifer doctored up with turkey bacon and garbanzo beans and I don’t know what. She just has a way with food, which really helps,” Courtney told the newspaper.

She also revealed that she was a bit jealous of the Sex and the City cast for getting to work together on big screen adaptations of their hit show, suggesting that she would love a Friends film to be created.

Last month, it was reported that Jennifer had embarked on the baby food diet, which is said to bring about extremely fast weight loss.

What do you use to make your salads more interesting?