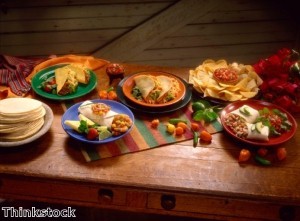 People who are hungry are more likely to see words and images that are associated with food than people who have already eaten, a new study has found.

Although many people on a weight loss plan may find they are more aware of food around them, the new research, published in the journal Psychological Science, shows that words and pictures associated with food appear brighter and more attractive when people are hungry.

The study was carried out at the University of Nice Sophia-Antipolis in France, where a group of people, half of whom had skipped, were shown many different words on a screen for a split second.

Researchers discovered that people who had not eaten lunch were more likely to spot the words which had a connection to food, and that these words also appeared brighter than the others, even though they were not.

Study author Remi Radel said it shows that there is something inside people that selects information in the world to make life easier.

"This is something great to me, that humans can really perceive what they need or what they strive for, to know that our brain can really be at the disposal of our motives and needs," he added.

Do pictures and words associated with food appear brighter to you?