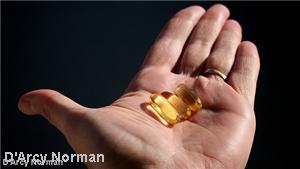 Those seeking over the counter diet pills may also want to consider investing in fish oil supplements, as these could reduce a person’s risk of developing breast cancer, a study has suggested.

A team from the Fred Hutchinson Cancer Research Centre in Seattle surveyed 35,016 postmenopausal women about their use of non-vitamin supplements.

They then conducted a follow-up study after six years and found that 880 of the women had developed breast cancer.

Those who regularly took fish oil supplements, which are high in omega-3 fatty acids, were 32 per cent less likely to have developed breast cancer.

"It may be that the amount of omega-3 fatty acids in fish oil supplements [is] higher than most people would typically get from their diet," said Dr Emily White, who led the study.

Earlier this year, researchers from the University of Southampton found that fish oil, given intravenously to intensive care patients, improved gas exchange, reduced inflammatory chemicals and cut the time in which they had to stay in hospital.

Which supplements or diet pills do you take?