Fifth of women diet before going to a friend’s weddings 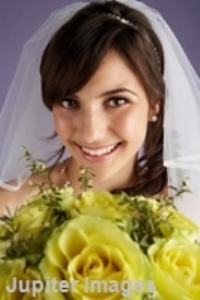 A fifth of all women have dieted before going to a friend’s wedding, a recent study has shown.

The survey, conducted by SlimFast, found that female wedding guests lose an average of three pounds before the big day.

It also revealed that nearly half of all brides lose weight before they tie the knot, with an average of eight pounds being shed.

Speaking on behalf of SlimFast, life coach Pete Cohen said that weddings really bring out the self-consciousness of women.

Mr Cohen advised women against embarking on starvation-type diets and "ridiculous" exercise regimes in order to slim down for such events.

He recommended following a sensible diet plan as a great way for women to achieve the slimmer figure they desire.

Are you going to a wedding any time soon? Why not set yourself a goal to lose weight before the big day?