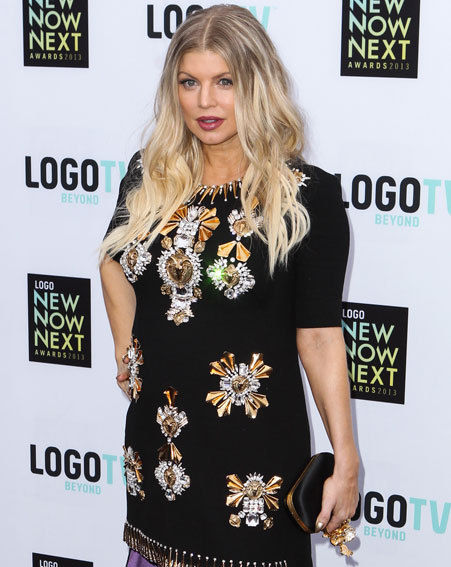 It’s become somewhat of a game in the entertainment industry to see how quickly celebrity mums can shed their baby weight.

And singer Fergie, 38, has definitely been up to the challenge. She gave birth to son Axl Jack at the end of August, and finally revealed her weight loss secret during an interview on Ellen DeGeneres’ talk show this week.

Although she insists she’s taking it slowly when it comes to exercise – her choice of fitness is a little unusual.

“I’m doing some belly dancing yoga,” Fergie announced. But she refused to show a demonstration. “I’m not going to show you right now, a couple more months for that,” she teased.

And it’s admirable that she’s being cautious about overdoing it. “I’m slowly getting back into it… I just don’t want to get hurt and all that, so I’m taking it step by step.”

Later in the week, on Extra TV with Mario Lopez, she went into more detail. “You do a lot of the normal yoga stuff, stretching, and then we put on the waist band with the jewels on it and do a little belly dancing… I’m trying to have a really healthy relationship in the way I look at working out. I have to balance everything being a mom,” she said.