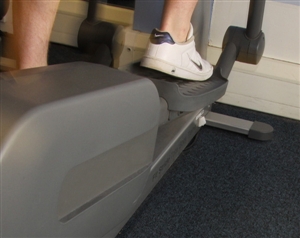 Efforts to lose weight through exercise also help to combat depression and anxiety disorders, according to new analysis.

Scientists from the Southern Methodist University in Dallas concluded that exercise serves as a “magic drug” for many people with these psychological conditions, based on the analysis of a number of other published studies.

Lead researcher Jasper Smits explained that mood has been shown to improve after just 25 minutes of exercise, after which study participants have been shown to be less stressed and have more energy.

These findings led researchers to suggest that exercise be more widely prescribed by mental healthcare providers, perhaps alongside a change in diet.

Mr Smits explained: “Exercise has been shown to have tremendous benefits for mental health.

“The more therapists who are trained in exercise therapy, the better off patients will be.”

The findings follow the publication of research by scientists at the University of Missouri, which found that exercising during weight regain can maintain improvements in metabolic health.