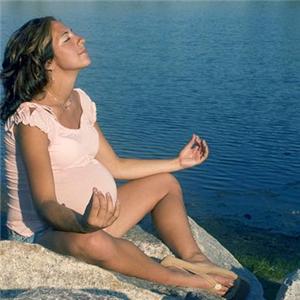 Pregnant women who exercise are less likely to give birth to obesity-prone babies, a study has suggested.

Researchers in New Zealand found that mums-to-be who exercised also had lighter babies than those who were largely inactive.

Dr Paul Hofman, from the University of Auckland in New Zealand, said: “Regular aerobic exercise alters the maternal environment in some way that has an impact on nutrient stimulation of foetal growth, resulting in a reduction in offspring birth weight.”

He went on to explain that heavy babies have an increased risk of developing obesity later in life, therefore this “modest reduction” in birth weight could have long-term health benefits.

Last month, Gisele Bundchen revealed that keeping fit during her pregnancy and practising yoga afterwards helped her body to spring back into shape.

The supermodel told Vogue that she also controlled what she ate and suggested that a lot of people use their pregnancy as an excuse to over-eat.

She explained to the magazine that she only gained 30 lb when she was pregnant with her son Benjamin.

Did you exercise much when you were pregnant? Or would you if you were?