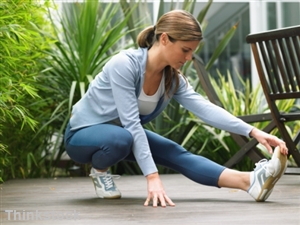 Exercise is not only vital when it comes to losing weight and keeping it off, it can also cut a person's risk of developing endometrial cancer, a study has found.

Researchers from Yale School of Public Health found that people who exercised for at least 150 minutes a week had a 34 per cent reduced risk of endometrial cancer compared with those women who did not take part in physical activity.

"This study is consistent with other studies that strongly support the association between physical activity and lower risk of endometrial cancer," said Hannah Arem, a doctoral student at Yale School of Public Health.

Active women who had a body mass index (BMI) of less than 25 were 73 per cent less likely to develop the disease compared with inactive women with a BMI of more than 25.

Does your diet include any supplements?