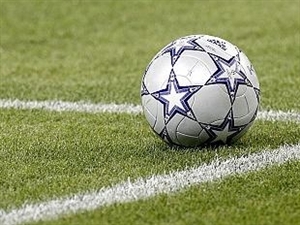 Former professional footballer Alan Brown has been rewarded for losing a dramatic amount of weight in a short period of time.

Alan’s weight soared and his waistline expanded to 42 inches when his football career ended, but in a bid to get rid of these extra pounds he joined a local slimming club in Alexandria, north of Glasgow, the Lennox Herald reports.

The 27-year-old joined the weight loss club with his fiancee Dionne Craig, 27, and managed to lose four stone in just five months.

Alan has been rewarded for his achievement by being given the area title of Slimming World’s Man of the Year award.

“Achieving my target is a dream come true, which in January felt a million miles away,” he told the newspaper.

Earlier this week, the Hampshire Chronicle reported that a slimming group from Winchester had collectively lost the weight of a baby elephant.

How much weight would you like to lose over the next five months?