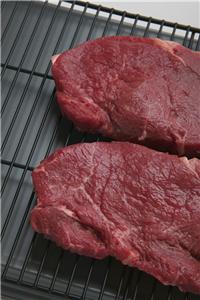 Those who want to lose weight and keep it off can do so by eating less meat, a study has shown.

Researchers from Imperial College London set out to assess the association between the consumption of meat – including red meat, poultry and processed meat – and weight gain.

They used results from the European Prospective Investigation into Cancer and Nutrition-Physical Activity, Nutrition, Alcohol, Cessation of Smoking, Eating Out of Home and Obesity project.

“Total meat consumption was positively associated with weight gain in men and women, in normal-weight and overweight subjects,” the study authors write.

Their conclusion was that if slimmers cut down on meat they will be more successful in achieving their weight loss goals.

Last month, singer Jessica Simpson announced on her Twitter page that she had embarked on a vegan diet, cutting out all meat and dairy products.

Could you go without meat if it meant that you lost weight?