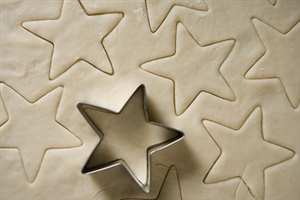 Cookies have long been the enemy of many a dieter, but now a special version of the sugary snack has been created that is claimed to help people lose weight.

Michelle Wright, a news anchor on WTAE Channel 4 in the US, has been trying out the biscuits, which were developed by a doctor from Pittsburgh called Sanford Siegal, thepittsburghchannel.com reports.

Dieters are allowed to eat six of the cookies each day at whatever time they choose and then they can eat a dinner that contains between 500 and 700 calories.

They also have to take a multi-vitamin and drink at least eight glasses of water a day.

Dr Siegal developed the hunger suppression cookies back in 1975.

“I came up with a formula after a lot of effort,” he told the website.

“It’s a mixture of proteins, amino acids that does control hunger.”

Another hunger suppressor that has been proven by scientists to reduce caloric intake is the diet pill Zotrim.

Last month, researchers at the University of Liverpool revealed that the herbal formulation reduced the number of calories that people ate by 18 per cent.