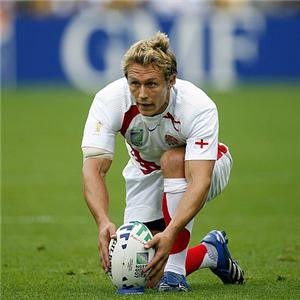 England rugby player Jonny Wilkinson has revealed what he eats to stay in shape for his career.

The sports star told the Guardian that he has developed a dietary routine that he sticks to on most days.

He explained that he always starts the day with a drink of water to make sure he is “hydrated from the onset”.

“You need energy at all points during the day, so carbohydrates such as toast or porridge could be incorporated into your morning routine,” he explained.

The 31-year-old went on to tell the newspaper that he tends to keep his lunch “healthy and simple”, eating healthy fats such as avocado and carbohydrates such as pasta and potatoes.

Another star who recently revealed what they include in their diet to keep their energy levels up was Holby City actress Phoebe Thomas.

The marathon enthusiast told Closer magazine that she regularly eats as many as 3,000 calories a day, but burns this off by running six days a week.

Do you do enough exercise to burn off what you eat?