Dairy: Good or bad for slimmers? 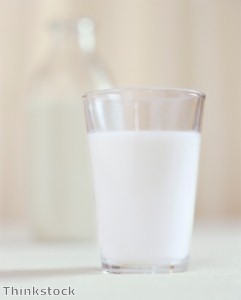 Many slimmers try to steer clear of dairy products as they tend to contain a high amount of fat, which can hamper weight loss plans, but some research suggests that people could shed those extra pounds quicker if they consumed dairy regularly.

Back in December, a report published in the American Journal of Clinical Nutrition revealed that overweight people involved in a study who drank around two glasses of milk a day lost an average of nearly 12 lbs in weight after two years.

More than 300 overweight men and women aged 40-65 participated in the study and those who drank just half a glass each day still lost an average of 7 lbs each.

The participants followed either low-fat, Mediterranean or low-carb diets but, regardless of which diet they were on, those with the highest dairy intake lost the most weight.

It is thought it was the high vitamin D levels in the milk that had a great affect on weight loss success.

On top of vitamin D, dairy products contain a number of other essential nutrients.

"Milk and dairy are the most nutritious and healthy foods available and loaded with naturally occurring nutrients, such as calcium, potassium and protein, to name a few," explained Dr Cindy Schweitzer, technical director at the Global Dairy Platform.

It stresses that semi-skimmed, one per cent fat and skimmed milks all contain all the important nutrients that are in full-fat milk, but are kinder on the waistline.

The NHS also advises cutting down on cheese and using a variety that has a stronger flavour when cooking, as less will be needed.

While butter should be swapped for margarine or other low-fat spreads, cream should be used sparingly too, it recommends.

Not only can dairy products help people to lose weight fast, but they can help to prevent a number of health problems.

A study published in the December 21st 2010 issue of Annals of Internal Medicine revealed that people who eat more whole-fat dairy products are less likely to develop diabetes than those who avoid such food stuffs.

People who ate a lot of whole-fat dairy were found to have higher blood levels of trans-palmitoleate, which is associated with slightly lower body fat as well as higher levels of good cholesterol.

Lead author of the study Sabita Soedamah-Muthu, a lecturer at the Human Nutrition department of Wageningen University, said that, in those drinking up to three glasses of milk per day, "the risk of cardiovascular diseases is 18 per cent lower".

So, basically, the guidance seems to be that dairy is good for you and should not be cut from your diet completely. Instead, just reduce the amount you eat or drink and swap to low-fat versions.