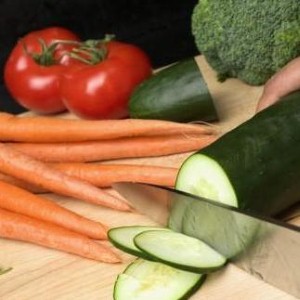 People are less inclined to eat more if they cut their food up into small pieces, according to a new study which suggests that the brain may have a key role to play in this.

Researchers at Arizona State University led by Devina Wahera found that people who were given food that had been chopped up tended to eat less than those given the same amount of food in one large block.

In a speech delivered at the Society for the Study of Ingestive Behavior’s annual conference, Dr Wahera said that it may be down to people’s brains convincing them that they are eating more when they are presented with many pieces – an optical illusion of sorts.

“Cutting up energy-dense foods into smaller pieces may be beneficial to dieters who wish to make their meal more satiating while also maintaining portion control,” she added.

Do you find you eat less if you break food into pieces?