Cut down on daily calories ‘so treats can be enjoyed’ 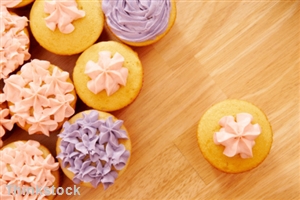 Women can avoid feeling guilty about eating sweet treats by cutting calories elsewhere in their diets, an expert has claimed.

Food writer Emma Lewis said that people do not necessarily have to look for a healthy alternative for their favourite food.

She explained that if people set themselves a calorie target, then they can still eat their favoured snacks so long as they stick to this goal.

Ms Lewis' comments follow the publication of research by Canderal, which found that 49 per cent of women hide sweet treats from others, compared to just 27 per cent of men.

Some 27 per cent of women admitted to hiding their snacks in a cupboard in the kitchen.

"I think that people have a bit of a guilt about [eating sweet treats], especially women. They think they shouldn't really be doing it," Ms Lewis said.

She went on to say that they can do this, so long as they do not indulge too often.

Have you managed to cut your favourite sweet snack from your diet?