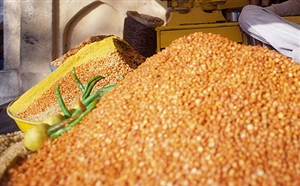 A woman from Coventry has launched a curry diet in a bit to help people lose weight quickly.

Suki Burai has created a booklet of recipes for traditional Indian foods that incorporate healthy ingredients, the Coventry Telegraph reports.

The booklet includes all kinds of dishes for spice lovers, such as vegetable curries, rice dishes and even desserts.

Ms Burai said that she had failed to lose weight when she was a member of various slimming groups so she invented her own diet and then lost an impressive two stone and 11 pounds.

“Some people use too much butter, oil or gee and it’s about replacing those fatty ingredients with something lighter or using smaller amounts and still being able to enjoy it,” the 41-year-old told the newspaper.

The underwear model ate the spice-rich diet while she was filming for a TV show which saw her crossing the Thar Desert on the back of a camel.

Have you tried the curry diet yet?