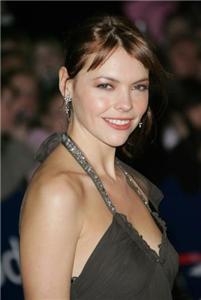 The actress, who plays the evil Tracy Barlow in the soap, expected her weight to drop off over time after she gave birth to her son Otis, but a year later she was still around two stone heavier than before she fell pregnant.

“I used to lose weight really easily, but it just didn’t happen, so for the first time in my life I went on a diet,” the 32-year-old told Closer magazine.

She lost over a stone in one month and was delighted to slim down to nine stone so quickly.

The diet that she embarked on included lots of low-GI foods, fruit and vegetables, with her meals typically consisting of roast chicken slices, new potatoes and veg, turkey stir-fry and Quorn lasagne, the magazine reports.

Last month, a study published in the April 12th issue of Archives of Internal Medicine suggested that low-GI diets could also help to prevent heart disease.

Have you ever tried a low-GI diet?