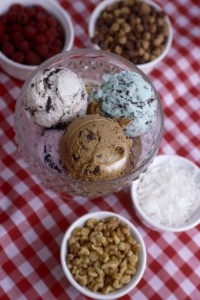 The ingredient that makes biscuits and other tasty treats so moreish and causes the downfall of many weight loss diets has been pinpointed as glucose-fructose syrup.

This is corn syrup that has been processed using enzymes, converting its glucose into fructose, which is the same as fruit sugar.

He explained that the body releases insulin when sugar is eaten, which tells the brain to stop eating.

“But fructose doesn’t trigger as much of an insulin response as regular sugar, so the brain won’t get the message that you are full,” Dr Le Roux added.

Back in December 2009, researchers at the University of California found that those on a strict high-fructose diet developed more fat cells around their organs, which can be associated with health problems such as heart disease.

The newspaper warns dieters to watch out for McVities HobNobs, McVities Jaffa Cakes, Carte D’Or ice cream and Weightwatchers vanilla and fruit fromage frais, as these all contain the dreaded glucose-fructose syrup.

Do you find it hard to resist these treats?