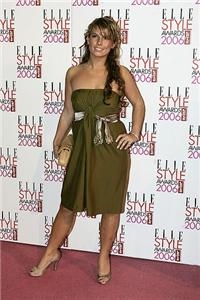 Coleen Rooney has revealed how she lost weight after the birth of her son Kai last year.

The 24-year-old wife of footballer Wayne Rooney told New! magazine that she has stuck to a healthy diet and exercise regime since last November, which has allowed her to return to a size eight.

However, the petite brunette added that she did not rush to lose weight after pregnancy.

"The most important thing for me is being a mum. I didn't want to miss out on anything," she said.

Coleen went on to tell the magazine that she is now doing the same level of training that she did before she became pregnant and that while she was expecting she just did "light exercise".

This week, celebrity fitness trainer Steve Halsall said that new mums should not put too much pressure on themselves to lose weight quickly.

He recommended that they set themselves a timeframe of nine months in which to shed their extra baby weight.

What are you doing to shed your post-baby weight?