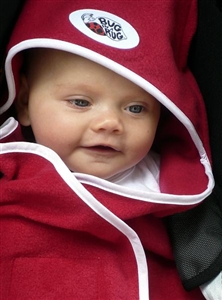 A special fitness class has been created in Bracknell, near Reading, to help women lose weight after pregnancy.

Bethan Lewis came up with the idea after giving birth to her first child and finding that exercise was hard to fit into her busy daily routine as a new mum, the Bracknell and Ascot Times reports.

The 35-year-old set up Martial Mummies, which allows women to bring their babies with them to exercise sessions.

"There will be a nursery nurse there to keep an eye on the children and then during other parts, mums will be able to use their babies as weights during the class," Ms Lewis told the newspaper.

Coleen Rooney recently revealed how she lost weight after the birth of her son Kai last year to New! magazine.

The 24-year-old said that she has stuck to a healthy diet and exercise regime since last November, which has allowed her to return to a size eight.