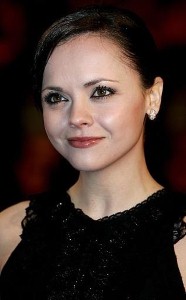 Christina Ricci has been taking measures to lose weight fast ahead of a forthcoming filming session in which she has to wear a bikini.

The 30-year-old told Nylon magazine that she is to star in the new US TV series Pan Am and will have to get into beach attire in the second episode.

As a result, she has put herself on a diet and exercise plan to ensure the camera does not pick up any lumps and bumps.

She added that her Pilates instructor has given her some exercises to do whenever she has a spare minute in between filming and joked that her colleagues will have to watch out for her doing thrust walks in the hallways.

Last month, Kelly Brook was voted as having the best bikini body in celebland following a poll by Gillette Venus.

Would you be nervous about having to strip off like this?