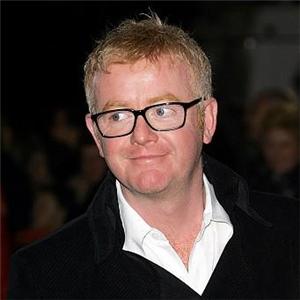 Radio DJ Chris Evans has ditched his unhealthy eating habits and has embarked on a new diet.

The 42-year old used to skip breakfast and lunch and gorge on unhealthy meals in the evenings, such as pie and chips, the Sun reports.

But now the ex-husband of Billie Piper has turned to a "health guru" to overhaul his bizarre eating regime.

Evans revealed on his BBC Radio2 blog that the basic premise of his new diet is to eat every two and a half hours.

"You combine 40 per cent protein with 40 per cent complex carbs and the other 20 per cent is for naughty stuff – usually brown in colour, chips, bread etc," the DJ explained.

He asserted that portions for main meals should be "sensible", such as a cupped hand-full when it comes to protein and carbohydrates but half that measure for the "naughty stuff".

The Yorkshire Post recently revelled in Evans’ announcement on his radio show that he loves Wensleydale cheese, but he’ll have to cut down on how much of this he eats now, as it would no doubt be classed as a "naughty" food in his new diet.

Have you tried the eat-little-yet-often diet before?