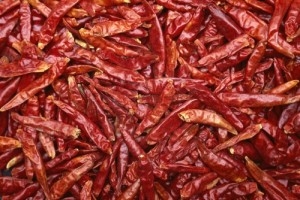 Feeling the heat from eating a few chilli peppers? Well, it may be worth it; a recent study seems to believe that you’ll have a better shot at weight loss by eating them.

It was argued in a report from the UCLA Center for Human Nutrition that biting into a pepper can raise body temperature and therefore may help people lose excess baggage, adding that other plants containing a substance called DCT can cause the same effects as the nutritional benefits found in peppers.

Of course, this may allow people to get away with avoiding the burning of lips and tongues – just fat.

A team of scientists recruited 34 people and put them on a low-calorie liquid diet for 28 days and fed them DCT or a placebo, with those taking the highest level of DCT nearly doubling the number of calories they burned when compared to those with the quack drug.

It follows research from the University of Texas which highlighted how chilli pepper studies could help scientists to create a new type of painkiller that can stop pain at its source, as a substance similar to capsaicin is found in the human body at sites of pain.

Will you put more chilli peppers in your food now?