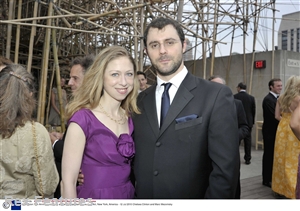 Chelsea Clinton has been working hard to lose weight before her wedding.

The daughter of former US president Bill Clinton is due to marry her long-term boyfriend Marc Mezvinsky tomorrow (July 31st).

Pictures in the Daily Mail show the 30-year-old in her workout clothes after a heavy session down at the gym.

The newspaper reports that the petite blonde has been exercising avidly to ensure that she is as slim as possible for her big day, which is to cost over £3 million.

It also questions whether Chelsea has been pushing herself too far, claiming that her face “looked almost gaunt” as she left a gym in New York yesterday.

Earlier this month, a survey conducted by SlimFast found that nearly half of all brides lose weight before they tie the knot, shedding an average of eight pounds.

The research also revealed that a fifth of women who are invited to weddings also try to lose weight before attending the big day.

Have you ever tried losing weight for a wedding?