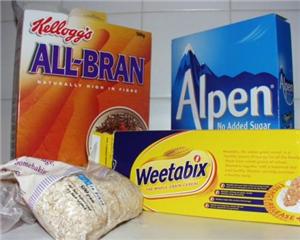 Cereals can still be a part of a healthy diet, despite claims that they contain high levels of salt and sugar, according to the British Nutrition Foundation.

A recent investigation by mysupermarket.co.uk found that some of the top ten cereal brands in the UK contain more salt than a Cadbury Milk Chocolate Cake bar, which could be bad news for cereal fans who are trying to lose weight.

Cheerio’s was named as one of the main offenders as it contains 0.5g of salt per serving.

Claire Williamson, nutrition scientist at the British Nutrition Foundation, advised parents who are not only worried about their own diet, but that of their children, that such levels of salt and sugar are not really that much when put into perspective.

“The guideline daily amount (GDA) for total sugars for children age five to ten years is 85g per day, so a cereal providing 13.6g of sugars would still provide only 16 per cent of a young child’s GDA,” she explained.

Is cereal a part of your diet?