Calories 'may be burnt for 14 hours after exercise' - Slimming Solutions

Calories ‘may be burnt for 14 hours after exercise’ 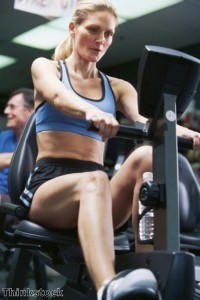 Exercise could be an even more important part of slimming than was previously thought after a study found it could keep on burning calories after you stop.

Researchers at the University of North Carolina-Chapel Hill carried out tests on people who had been riding an exercise bike for 45 minutes versus those who had been inactive.

It was found that the active group expended 190 extra calories over the 14 hours afterwards, 37 per cent more than the people who had not been asked to do physical activity, even though they were at rest.

David Nieman, the study's lead investigator, said the findings should encourage people to do vigorous exercise that raises body temperature and heart rate to reap the benefits.

"This is the best evidence we have that a lot of calories are burned after intense exercise," he added.

A recent poll by the Chartered Society of Physiotherapy discovered that one in five Britons would rather clean the toilet than exercise, suggesting they may want to pick activities they enjoy rather than see as a chore.

Did you know exercise could help you with your slimming all day long?