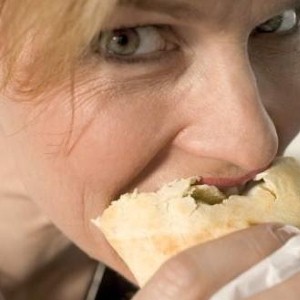 Millions of Britons have failed in their effort to be more healthy and lose weight by February, according to new research.

The Weight Watchers poll revealed that 41 per cent of Brits made a New Year's resolution to lose weight, and 35 per cent have vowed to eat more healthily in 2012.

However, despite the best of intentions, 24 per cent of people confessed they had already broken one or more of their resolution – equating to some ten million people around the UK.

What's more, this is having an effect on mental health, with one in ten saying that they are feeling depressed about not being able to stick to their resolutions.

Meanwhile, another 11 per cent admitted they feel terrible about no longer fitting into their clothes due to excess weight from the festive period that they have not managed to shift yet.

Furthermore, 14 per cent say they are worried about putting on even more weight in February, and eight per cent are setting aside time to reflect on why they did not hit their weight target last month.

Have you fallen off the healthy living bandwagon yet?