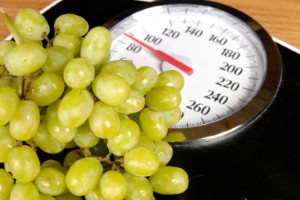 In order to lose weight, Britons are starving themselves or considering gastric bypass surgery instead of eating healthily and exercising.

This is according to a study commissioned by The Co-operative Pharmacy, which found that one in 20 people would consider having surgery to lose a few pounds, while one in ten would starve themselves.

This figure climbs to one in five for people aged between 18 and 21, with dieting emerging as the preferred choice for dropping a dress size. In all, 48 per cent of those asked said it would be their first choice, while 11 per cent said they would opt for a weight-loss club.

Chair of the National Obesity Forum professor David Haslam reminded Britons that bariatric surgery is "not suitable for everyone" and should not be undertaken lightly.

His comments come after a University of Illinois study found that beginning a dietary regime by fasting could have an impact on brain chemistry and motivation, therefore undermining any attempts to lose weight.

Would you do a fad diet?