Blueberries not as super as first thought - Slimming Solutions

Blueberries not as super as first thought 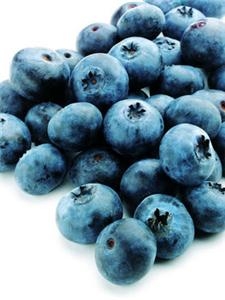 Those stuffing themselves with blueberries in an attempt to lose weight may want to step away from the super food counter, as this fruit is not necessarily more beneficial than any other, according to a nutritionist.

Angela Dowden explained to the Daily Mail that blueberries are revered as a great food for weight loss and improving general wellbeing as they contain high levels of anti-oxidants, but she went on to say that scientists have found foods with even higher levels, including dark chocolate.

“Even if blueberries top the scale, they are only rich in one family of anti-oxidants, anthocyanin, which is found in other fruits, like grapes,” she added.

Ms Dowden went on to warn dieters to steer clear of too many sweet but low-fat foods, as these often contain high levels of sugar, carbs or synthetic sweeteners.

Look recently published pictures of Charlotte Church looking very svelte. A source told the magazine that the singer had lost three stone through adopting a healthy diet and an exercise regime.

The magazine suggested that she had been eating a breakfast of brown toast with low-fat spread or cereal with skimmed milk and fruit in order to achieve her mammoth weight-loss.

What do you recommend as a healthy breakfast?