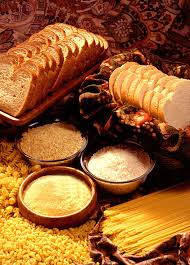 Carbs have long been an absolute no-no for many on-trend diets.
Starting with Atkins and the South Beach Diet, but more recently paleo has become the go-to carb free option.
Carb lovers, all is not lost! A new diet is doing the rounds, claiming to help you drop lbs and eat carbs – but there is a catch.
Instead of being having toast for breakfast or pasta at lunchtime, you eat carbs at night.
The weight loss plan has you on a diet for just half the day, eating protein and green rich meals during the day, then moving on to pasta and rice at night.
Known as The Half Day Diet, the plan was created by bodybuilder Nate Miyaki from San Francisco.
Mr Miyaki claims the plan is based on research from 2011 in Obesity Journal that showed people who ate carbs only at night, rather than throughout the day, saw a greater weight loss.

Eat carbs and lose weight fast – that is the promise made behind the Half Day Diet.

‘Picture how easy it would be to diet for just half a day. And doesn’t that make so much more sense?’ Miyaki wrote on his website.
‘Because your ancestors spent the day foraging for food, they “dieted” only half the day while they feasted at night.’
The bodybuilder also appears to follow the diet himself, often posting photos to social media of his carb filled evening meals.
However whilst Mr Miyaki claims that people have lost up to 90 kilos from his diet, there are no case studies on the website.
Sound too good to be true? Thoughts please.