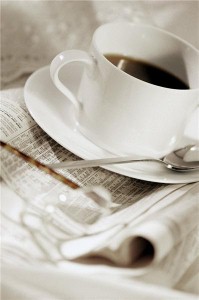 Those who are trying to lose weight fast may want to start drinking more black tea, as studies have suggested that this beverage can prevent weight gain.

One study, conducted by Japanese scientists and published in the Nutrition Journal, reveals that black tea polyphenols prevents weight gain after a high fat diet has been consumed.

Dr Carrie Ruxton, from the Tea Advisory Panel (TAP), explained that the study examined the effects of a fat emulsion containing a black tea polyphenol extract.

"The findings revealed that the black tea polyphenol extract inhibited pancreatic lipase (ie, fat absorption) and also the levels of triglycerides (a type of fat) in the blood," she said.

Ms Ruxton added that another study showed that supplementing high-fat diets with either one or five per cent of this tea extract for eight weeks suppressed increases in body weight.

Last year, the Times of India claimed that green tea is rich in particular minerals, vitamins and acids that are great for the skin.