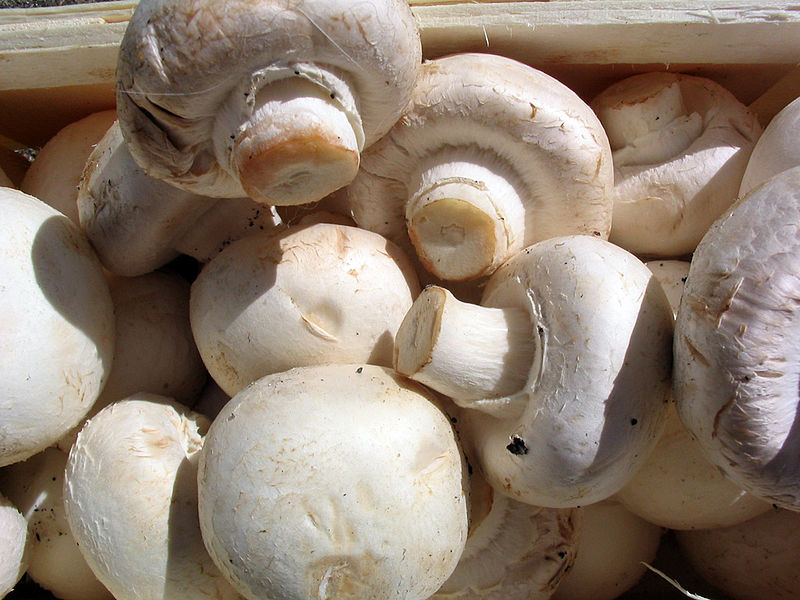 When you’re trying to lose weight, calories are the name of the game. And mushrooms provide a big blast of flavour for very few calories.

Mushrooms are low in fat and sodium, and contain a super-powerful flavour enhancer called glutamic acid, the same amino acid found in MSG (monosodium glutamate). Besides lending wonderful flavor to foods, mushrooms contribute more nutrition than you might think.

Mushrooms provide a whole range of nutrients, not unlike those in meat, making them a great food choice for vegetarians. Cooked mushrooms are a good protein source, and are easily complemented by grains. They’re also high in iron, riboflavin, and niacin. They offer decent amounts of potassium, selenium, copper, and zinc; and they’re full of fibre.

Selenium is helpful for the body’s glutathione peroxidase, which is a potent antioxidant. Another powerful antioxidant, a phytochemical called L-ergothioneine, is plentiful in portabella and crimini mushrooms and is not destroyed by cooking.

Where possible, stick to cooked mushrooms. They’re higher in nutrients than raw mushrooms. For the same amount, you get up to four times the nutrients. This is because cooking mushrooms removes the water, concentrating the nutrients and flavour. Plus, hydrazines, which are toxic natural compounds in raw mushrooms, are eliminated when mushrooms are cooked or dried.

Researchers have found that many mushroom varieties have anti-tumour activity. And wood-ear mushrooms have blood-thinning properties that may help prevent the dangerous clotting that contributes to heart disease.

When selecting button mushrooms, look for those with caps that extend completely down to the stems, with no brown “gills” showing. If mushrooms have “opened,” meaning the gills are showing, they are older and won’t last as long. They are perfectly acceptable to use, but they’ll have a stronger flavour.

The colour should be creamy white or soft tan. Avoid those that have dark-brown soft spots or long, woody stems.

Mushrooms like cool, humid, circulating air. So store them in a paper bag or ventilated container in your refrigerator, but not in the crisper drawer. Don’t store them in a plastic bag, or they’ll get slimy. Mushrooms only last a couple of days, but you can still use them for flavouring even after they’ve turned brown.

It’s the diet loved by Kelly Osborne, Katy Perry and Roxanne Pallett and is said to be the best way to lose weight quickly but without losing curves.

Commonly known as The M-Plan, the mushroom inspired diet promises to help women lose weight from their stomachs, bottoms, thighs and upper arms, but still keep their curves intact.