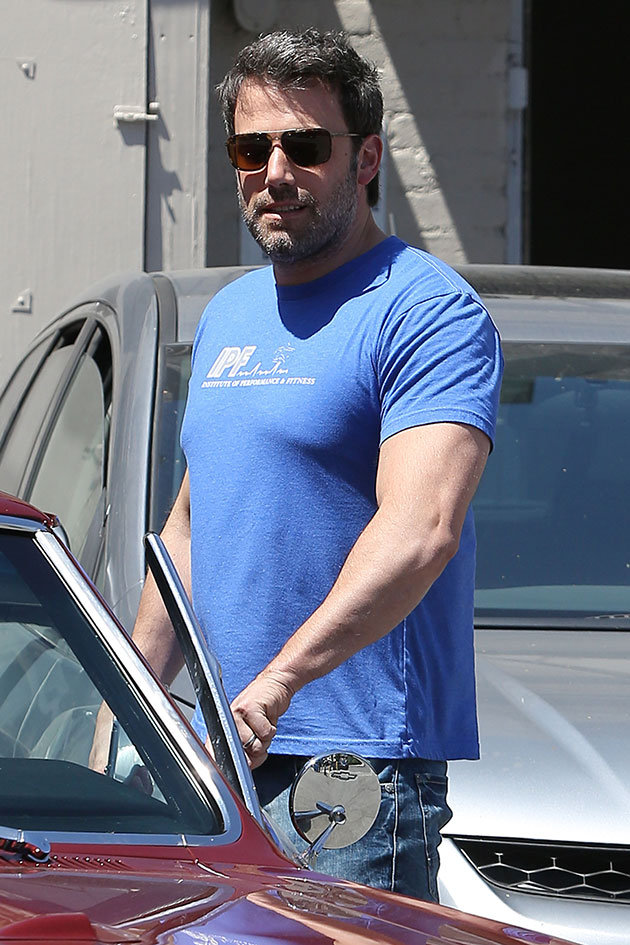 Chances are that we’re never going to be able to eat 5,000 calories a day and look good at the end of it, but that’s what Ben Affleck has been doing for the past five months while he bulks up for new film Batman vs Superman.

He was spotted running some errands in Los Angeles this weekend, and showing off his toned torso and shapely pecs at the same time.

The 41 year old star now has massive 17 inch biceps – which are the results of five or six hardcore gym sessions per week – for three or four hours at a time!

Ben has been splitting his week between lengthy cardio and weights sessions, throwing in three 20 minute jogs per week in between gym training sessions.

And despite gruelling filming schedules, Ben has continued the hard work, keeping his fitness schedule at two hours every day with his trainer, while munching his way through lean meats and greens with protein shakes to make up the 5,000 calories.

What does Jen think?

Ben’s wife Jennifer Garner has been discussing his biceps earlier this month. Speaking about Ben’s daily dedication, she said:

“I’ll tell you that there is a man working out at my house right now – I’m sure – for his second time today. And he has 17-inch biceps.” 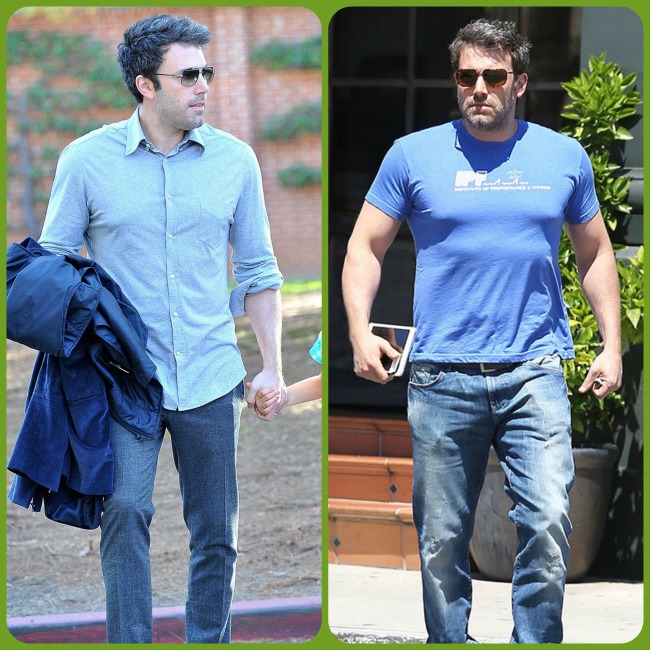