Belviq, one of only 2 prescription slimming pills to be market approved in 13 years. - Slimming Solutions

Belviq, one of only 2 prescription slimming pills to be market approved in 13 years. 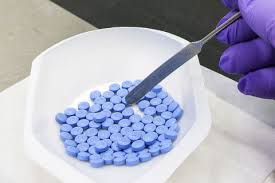 Belviq, what is it?

Approved by Food and Drug Administration (FDA) in 2012, this slimming pill was designed to treat obese patients and the severely overweight with at least one obesity-related condition.

The drug works by controlling appetite.

Patients prescribed Belviq lost an average of 3 to 3.7 percent of their initial body weight.  The manufacturers of weight loss pill recommended that patients stop taking the drug if they were found not to have lost at least 5% of their body weight in the first 12 weeks.

Unanswered questions about possible cardiovascular side effects and the drug’s ability to cause cancer in rats sparked worry. To squash the FDA’s concerns, Belviq’s manufacturer, Arena Pharmaceuticals, sponsored huge trials in which thousands of patients taking Belviq received regular echocardiograms to see if the drug was harming their heart. The FDA panel concluded that Belviq was safe enough to go on the market, but recommended an extensive post-marketing study to rule out cardiovascular complications.

Belviq, the safer alternative to fenfluramine.

Fen-phen was a combination of the serotonin-booster fenfluramine and the stimulant phentermine. Neither drug produced much weight loss on its own, but combined they were superstars, was a huge success. In 1996 alone, doctors wrote some 18 million prescriptions a month. This was the Holy Grail of long-term obesity treatment.

However the risks of fen-phen became apparent after the drug became available on the market. The FDA later mentioned that up to a third of patients using fenfluramine or dexfenfluramine developed heart valve damage. Fenfluramine was immediately withdrawn from the market in 1997.

Why did it take so long to get a new weight-loss drug approved?
The history of diet pills has been plagued by safety problems. Since 1999, when the last prescription weight-loss medication, Xenical (orlistat), was given the green light, one weight loss drug, Meridia (sibutramine) was taken off the market when users began showing increased risk of heart problems.