Are calories really all they’re cracked up to be? - Slimming Solutions

Are calories really all they’re cracked up to be? 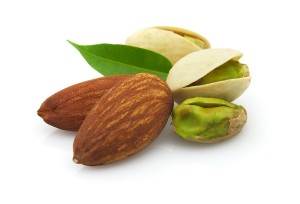 Diets, they come and go, but reducing your calorie intake has always been a surefire way to lose weight.  However, new research shows that the energy values given to certain foods simply don’t add up!

There’s some good news if you’re a fan of almonds.  According to the findings of a new study by the United States Department of Agriculture (USDA), they may have fewer calories than first thought.  And they are not the only foods type that could be less fattening than assumed.  In fact there is a growing belief among nutritionists and healthy-eating experts that when it comes to calorie counting, we may have to re-do our sums and rethink our food choices.

A calorie is the energy we get from food.  Too much of it and we end up putting on weight.  But the latest thinking suggests that the texture of food, it’s fibre content, and how it is cooked can all affect the amount of energy the body is able to get from it.  Even the process of chewing food uses up energy and, therefore, burns calories.

This was clearly shown in the research on almonds.  Rather than using the standard way of measuring calories, the study, published in the American Journal of Clinical Nutrition, used an advanced method to determine how many calories were absorbed during digestion of the nuts.  And the difference was substantial.  They found that a 28g serving of almond (about 23 nuts) has 129 calories, almost 20% less than the 160 calories listed on nutritional labels.

What’s more, by eating almonds in place of certain other foods, they could contribute to weight loss.  “When an 84g serving of almonds was incorporated into the diet daily, the energy digestibility of the diet as a whole decreased by five per cent,” says research physiologist David Baer, who headed the study.

“Therefore, for individuals with energy intakes of between 2,000 and 3,000 calories a day, incorporation of 84g of almonds into the diet daily in exchange for highly digestable foods would result in a reduction of available energy of 100 to 150 calories a day.  With a weight-reduction diet, this deficit could result in more than a pound of weight loss per month.”

The same research team had also looked at pistachios and has already discovered that their calorie count is 5% lower than has been estimated in the past. One person who is particularly excited by the findings is nutritional biochemist Dr Geoff Livesey, an expert in the way our bodies use calories.

“The Baer calorie study is an example of how healthy, nutrient-dense foods like almonds has 20 per cent fewer calories than previously thought,” he says.

“I hope we see further research in the coming years to investigate more foods in the context of a mixed diet, and their genuine calorific values.”

At present, the calorie counts of different foodstuffs are worked out using a system developed more than 100 years ago by American chemist Wilbur Olin Atwater, who burnt samples of food and measured the amount of energy released from the heat this created.

However, this system fails to take into account the way the human body works and the role played by digestion, fibre and the mix of nutrients.  Basically, the harder something is to digest, the more our bodies have to work at it, and the more calories we use chewing and breaking it down.

And the implications of David Baer’s findings go much further than almonds, particularly in Western society, where obesity levels are on the rise.

It is clear that if we are to make those choices, more research is needed.  In the meantime the simple rule for anyone keen to follow a healthier diet is opt for fibre-rich whole foods that not only take longer to digest, keeping you fuller for longer, but might also contain fewer calories than you thought.