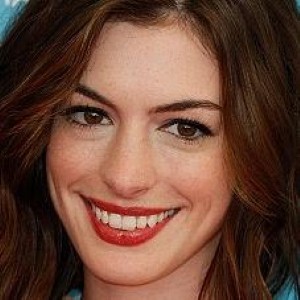 Hollywood starlet Anne Hathaway is apparently on a mission to slim down and lose weight ahead of her marriage to Adam Shulman.

A source told Star magazine that the Devil Wears Prada actress has turned vegetarian and signed up for "intensive weight training" with a personal trainer, Cover Media reports.

The wedding is reportedly set for the spring, with the insider telling the magazine that Anne has been working out "religiously" for two hours five days out of seven and has so far succeeded in losing eight pounds on what she has dubbed "the wedding dress diet".

Fingers crossed that Anne is luckier in love this time round. Her recent relationship with Raffaello Follieri fell apart, with her beau now serving time in prison for illegal financial dealings.

This isn't the first time Anne's put herself on a strict dietary and exercise regime. According to Gather.com, the actress – taking on the role of Catwoman in The Dark Knight Rises – has been doing push-ups and Bikram yoga to get in shape.