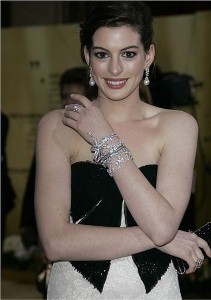 Hollywood starlet Anne Hathaway is on a strict weight loss regimen as she aims to trim down for her role in the upcoming big-budget version of the iconic musical Les Miserables.

The 29-year-old plays Fantine in the new film, which also stars Eddie Redmayne and Hugh Jackman, and has been asked by director Tom Hooper to lose two dress sizes during filming to make later scenes more realistic, the Mirror reported.

She as pictured looking trim and toned on a beach in Miami as she continues in her bid to slim down for the end of the movie, when she will be a sizes six, rather than her usual size ten.

A source told the newspaper that Hathaway only has three weeks to lose the weight so she has been exercising avidly and restricting her calorie intake.

Les Miserables, which also stars Russell Crowe and Helena Bonham Carter, is set to be released in December worldwide.

Have you been able to lose weight in a short space of time?