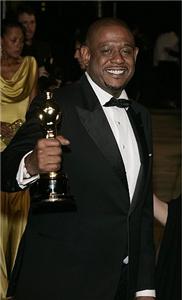 Forest Whitaker has revealed his dramatic weight loss is down to a number of lifestyle changes but also his vegetarian diet.

The Last King of Scotland actor stepped onto the stage at the Oscars to present Sandra Bullock with the award for Best Actress, but her acceptance was somewhat overshadowed by the svelte new appearance of the 6ft 2in actor.

Whitaker reportedly gained 70lbs (five stone) to play the role of Idi Amin in The Last King of Scotland and the Daily Mail reports him as saying that he “got serious about diet and exercising” after filming.

The exercises that the 48-year-old took up in order to lose some of his excess weight included hiking and martial arts but he has also praised his vegetarian diet as helping.

According to the NHS, around five per cent of the UK population is vegetarian and that this group has a lower risk of obesity, heart disease, high blood pressure and diabetes than meat eaters.

Have you ever tried a vegetarian diet?