A walk in the cold ‘can help you lose weight’ 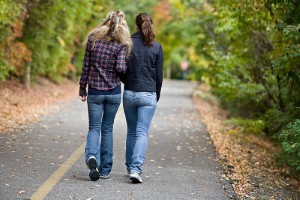 The key to successful weight loss could be a matter of simply going for a walk, according to new research which has extolled the benefits of an after-dinner stroll.

According to experts at the Joslin Diabetes Center, a type of fat in the body known as brown fat – which is known to burn calories – is activated when it is cold.

This process is accelerated when the temperature is very low and people begin to shiver in order to generate heat – something that would occur if we were to venture into the open air after dinner and take a stroll.

Dr Aaron Cypess, who led the research, suggested that this could help people to lose weight by burning calories, without any side-effects.

“Agents that mimic cold activation of brown fat could provide a promising approach to treating obesity while minimising systemic effects.”

Another option could be the creation of new cooling vests which would help people to lose weight without even having to venture outside, it was suggested.

Do you ever have a walk after dinner?