A lighter lunch may help you to lose weight - Slimming Solutions

A lighter lunch may help you to lose weight 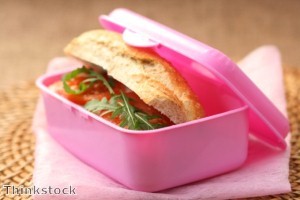 Slimmers could lose weight without even trying if they make their midday meal lighter, it has been claimed.

A study from Cornell University gave several groups of volunteers lunch over the course of two weeks.

Some were provided with 250-calorie portions, while others had meals that were not calorie-controlled.

It was discovered that the people who ate the lighter lunches lost an average of 1.1 pounds during the study, considerably more than the others.

They were also not tempted to overindulge at other times of the day to compensate for the reduction in calories, as they did not experience hunger pangs.

Co-author of the report Professor David Levitsky said: "The results confirm that humans do not regulate energy intake with any precision."

This follows research carried out at the University of Missouri, which found that a high-protein breakfast each morning could help people with slimming, as it reduces hunger throughout the day.

Will you try eating a lighter lunch after hearing about this?