41% of men 'have dieted' - Slimming Solutions 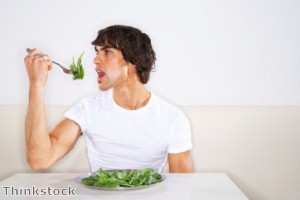 Some 41 per cent of men have tried dieting in their lifetimes, a new study has shown.

Recent research conducted by YouGov revealed that some 12 per cent of men have embarked on one or two diets but regained weight afterwards.

A further ten per cent of men admitted to trying between three and five unsuccessful diets, while five per cent said they had tried between five and ten weight loss diets.

Just one per cent of those quizzed said they had tried between ten and 20 diets, but then regained afterwards, and two per cent had given more than 20 diets a go.

Only five per cent of those involved in the study said they had been on a diet and managed to keep the weight off.

Last year, Boots pharmacist Sarah Cameron suggested to the Daily Telegraph that slimmers really need to be determined to lose weight as those with a "vague intention" to diet rarely succeed.

How determined are you to lose weight?