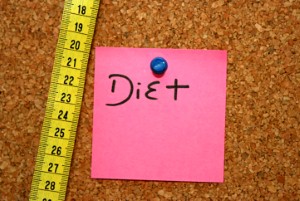 More than one in five women have been on at least five diets and then regained weight, a study has shown.

Research conducted by YouGov found that 11 per cent of women have yo-yo dieted at least ten times in the past.

A further six per cent of those quizzed revealed that they had embarked on more than 20 weight loss diets in their lifetimes.

Commenting on the findings, Dr Jacquie Lavin, Slimming World's head of nutrition and research, said: "While fad diets tend to be based around tiny food portions or banning certain foods, a diet of satiating low-energy dense foods … is more effective for long-lasting weight loss."

She went on to recommend eating plenty of fruit and vegetables, pasta, potatoes, rice, fish and lean meat.

Amanda Holliday, a clinical associate professor from the Department of Nutrition at the University of North Carolina at Chapel Hill, recently said that each meal should consist of 50 per cent fruits and vegetables, and 25 per cent lean meat or protein and 25 per cent healthy grains or starches.

How many diets have you tried?