14.5% of women would rather be blind than obese - Slimming Solutions

14.5% of women would rather be blind than obese 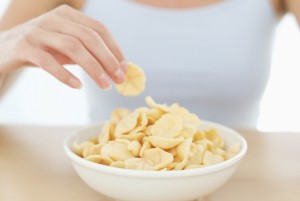 A staggering 14.5% of women would rather be totally blind than obese, a study has revealed.

Researchers from Arizona State University asked the participants of the study whether they would rather be obese or have one of 12 socially stigmatised conditions.

25.4% said they’d prefer to have severe depression than be severely in need of losing weight.

The aim of the study was to determine whether obesity is socially acceptable now, as it seems to be spreading among friends and family members.

“If we can figure out exactly why obesity spreads among friends and family members, that can tell us where to focus resources in curbing rates of obesity,” said lead author of the study Daniel Hruschka.

This research has been published in the American Journal of Public Health in an article titled Shared Norms and Their Explanation for the Social Clustering of Obesity.

Earlier this month, a study commissioned by Safefood showed that only 38% of people in Ireland believe that they’re overweight, when in fact 61% could do with adopting a weight loss plan.

How much weight are you hoping to lose?